JFolder: :files: Path is not a folder. Path: /home/rpandass/public_html/images/Hamilton Bulldogs

There was a problem rendering your image gallery. Please make sure that the folder you are using in the Simple Image Gallery Pro plugin tags exists and contains valid image files. The plugin could not locate the folder: images/Hamilton Bulldogs 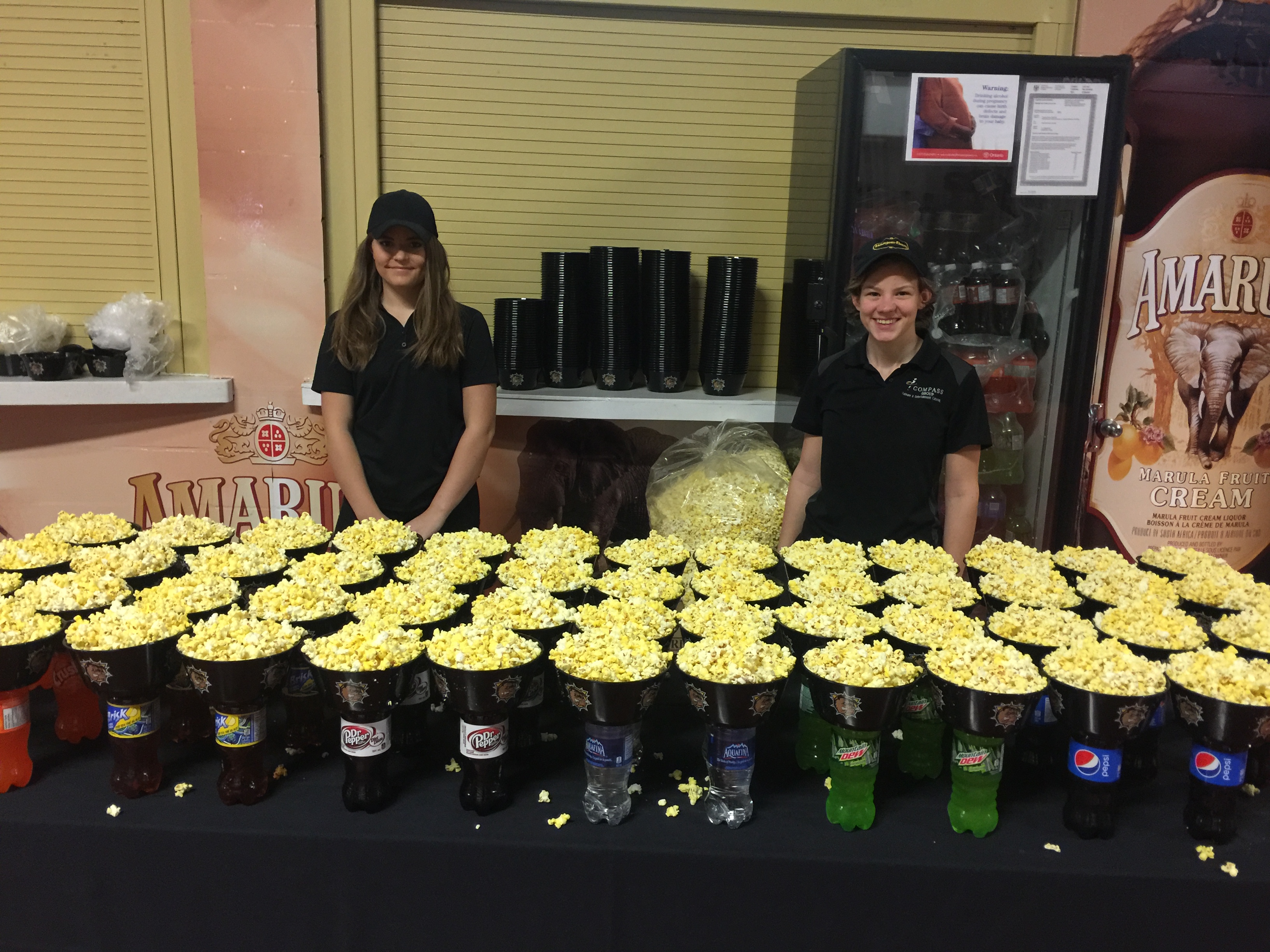 We're proud to present a new partnership with the Hamilton Bulldogs, a major junior ice hockey team in the Ontario Hockey League that began to play in the 2015–16 season. Based in Hamilton, Ontario at the FirstOntario Centre.

Fans will now be able to enjoy the games while holding their food and beverage in one hand, thanks to the Grub Tub!

Grub Tub goes viral and gets a ton of positive comments!

Our very own Grub Tub is all over social media these days, and besides more than 600,000 likes and 30,000 shares, it got some amazing comments, check them out! 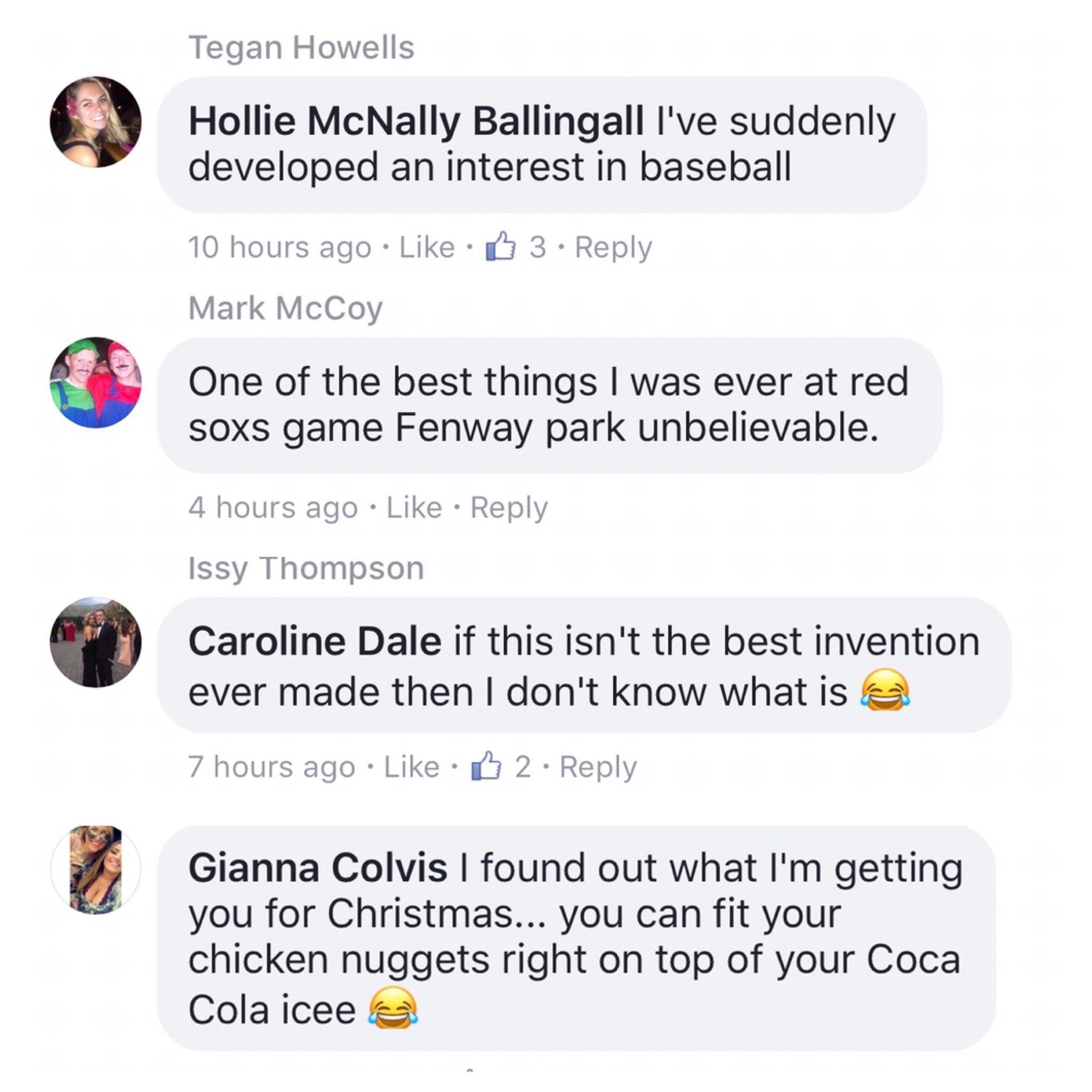 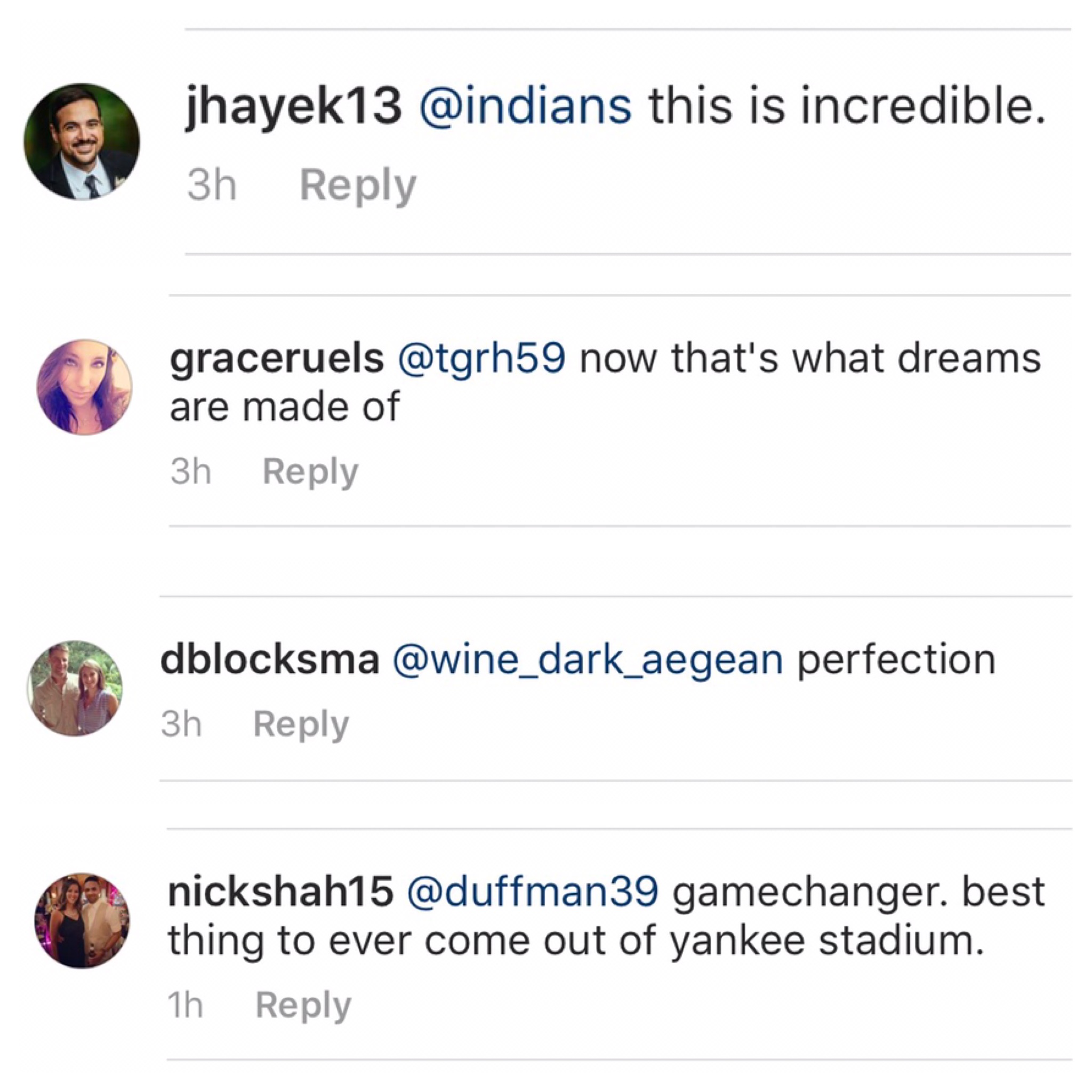 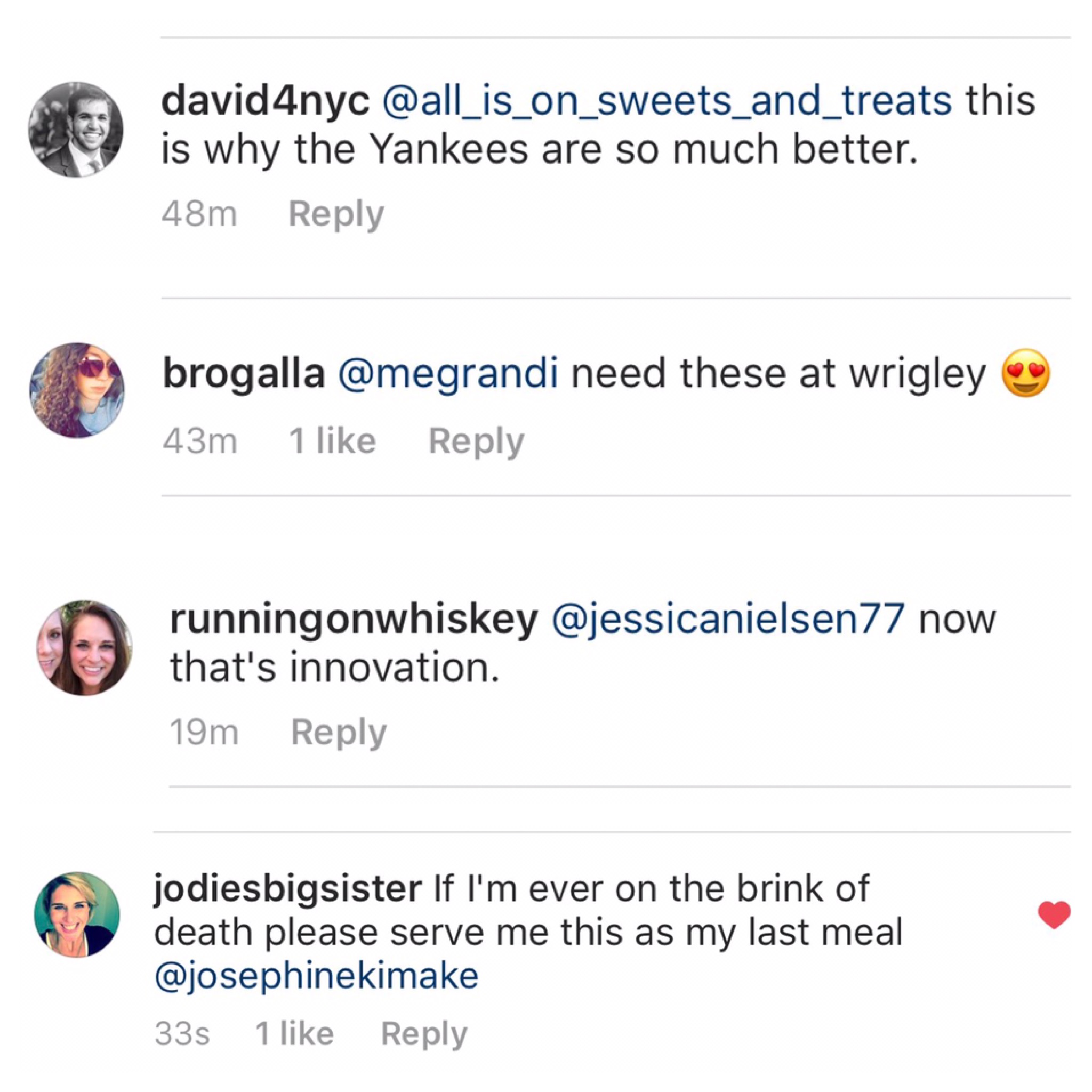 
Nightclub & Bar Show is the nation’s most influential gathering of bar and nightlife professionals. Annually, for 30+ years more than 36,000 professionals gather from across the U.S. and 50+ other countries to learn, network and grow the industry. The 2017 show will host 600+ exhibitors in Las Vegas and RP & Associates will be amongst them, displaying the wide array of custom and unique products.

Click here to see how packed our booth was. 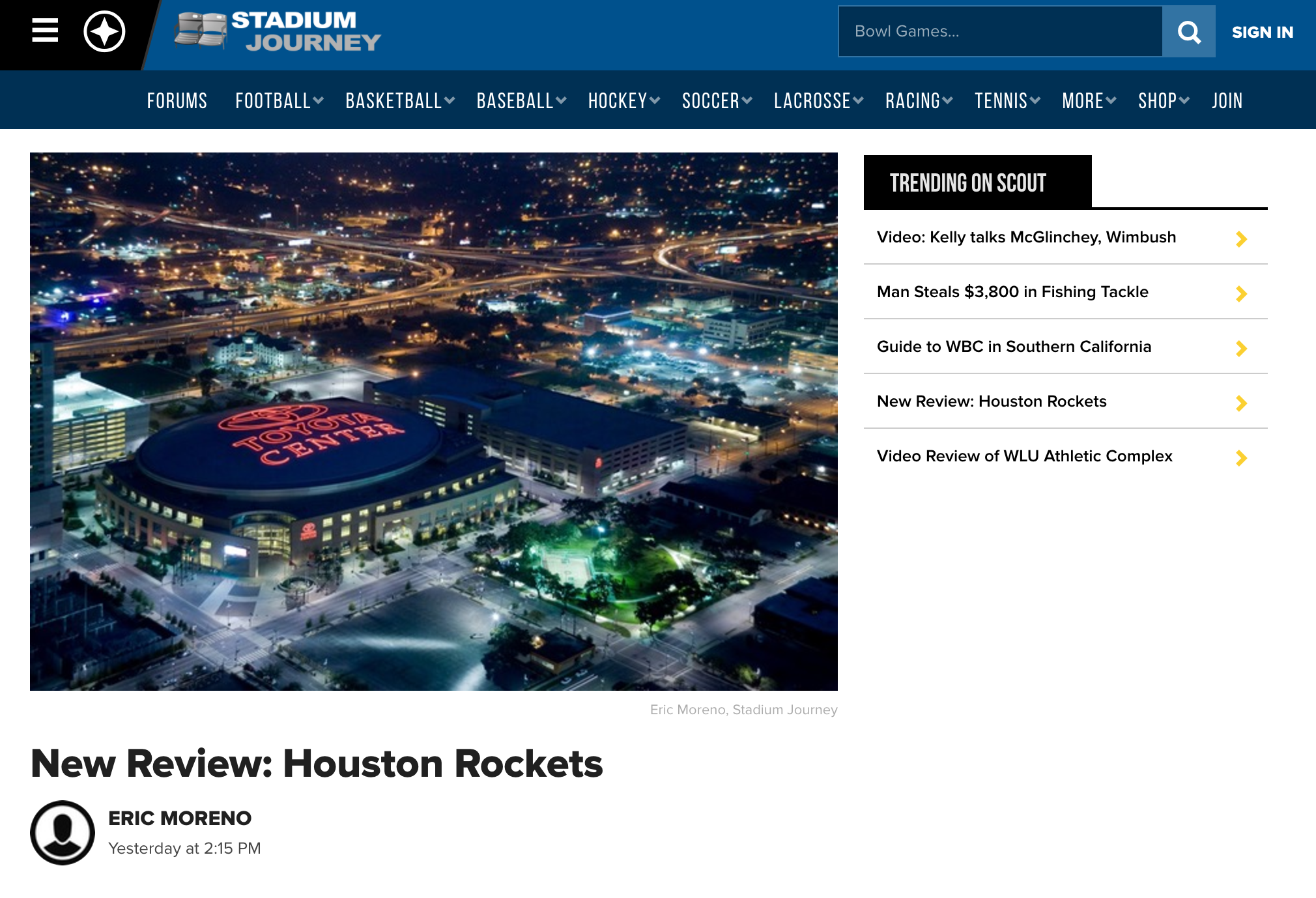 The Toyota Center is home to the two-time NBA Champions Houston Rockets, and there is plenty of décor inside celebrating that era. However, the newest addition to the arena may be equally as exciting - introducing the Grub Tub, a drink and plate of food all in one! Review by Eric Moreno.


Toyota Center, home to the two-time NBA Champion Houston Rockets, has the great benefit of being centrally located in the heart of the city's downtown. This location, as well as the abundance of opulence at the arena, consistently makes it one of the best venues in the league.

Since 2012, Toyota Center has added two new luxury lounges on the court level behind the stands, as well as a brand-new video board. As the Rockets have once again risen to become one of the more exciting franchises in the Western Conference, this has all added up to make Toyota Center a must visit for any basketball fan.

Click to read the full review of Toyota Center.

January 25 was National Irish Coffee Day. RP & Associates' Ashley Pola teamed up with Tullamore D.E.W. Whiskey and Fadò Irish Pub in Chicago to set the Guinness World Record for the World’s Largest Irish Coffee in order to observe and celebrate the holiday.

RP & Associates helped coordinate and manufacture the 7 foot glass for the World's Largest Irish Coffee, which was actually made out of an acrylic. "It held 162 bottles of Tullamore D.E.W. Whiskey, 140 gallons of coffee, 30 lbs of sugar, and 40 gallons of cream," said Ashley Pola, National Account Executive at RP & Associates; she added that "a special ingredient had to be added to make sure the 40 gallons of cream floated on top". Take a look at a few of the photos below or check out a quick video here and here.

Whether it's to set a world record, to reduce your costs, or make something completely unique - contact us today to get started on your custom glassware.