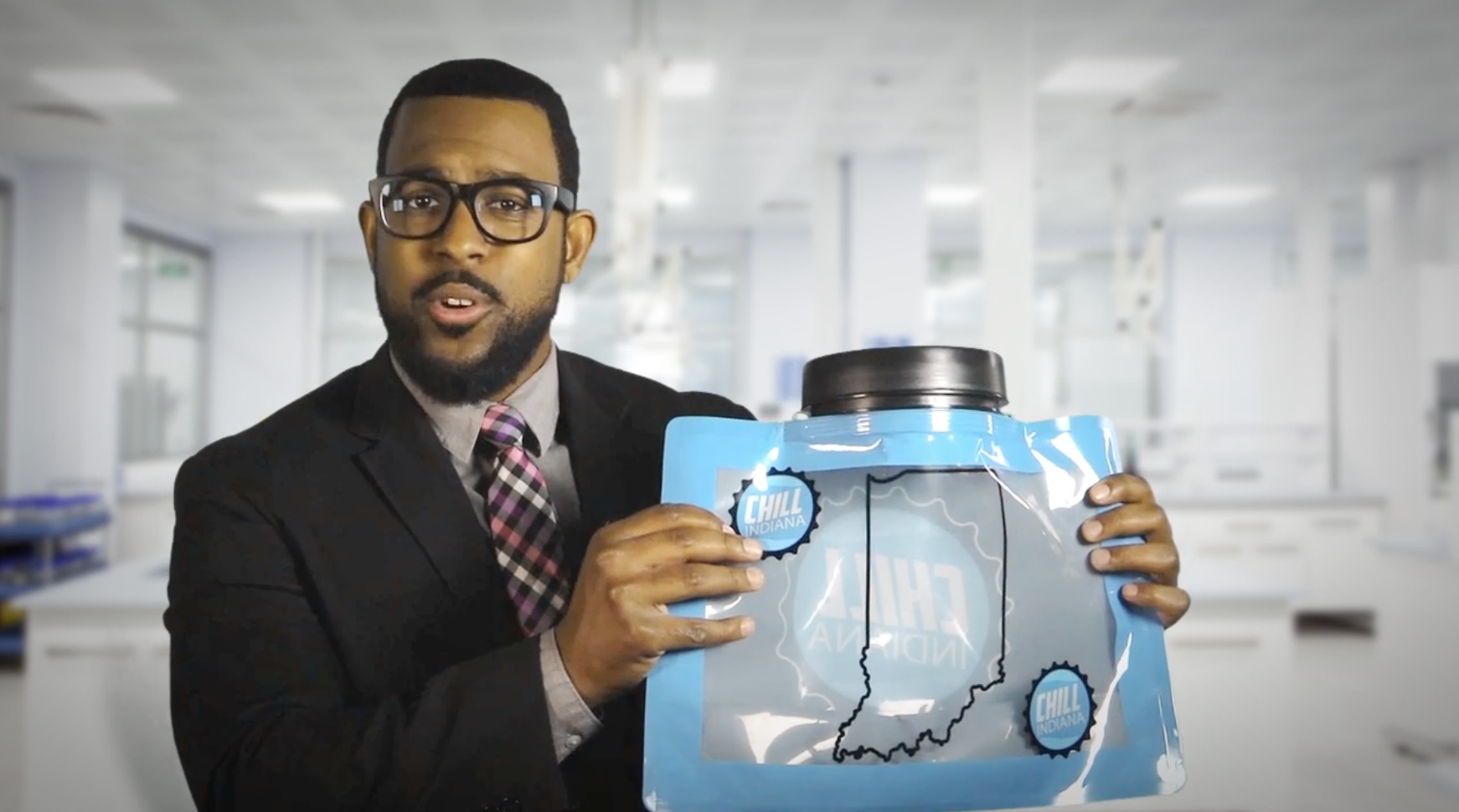 But so far it's been a losing effort, making cold beer an exclusive offering of the state's package liquor stores. Even the historic Sunday sales legislation came to be saddled with an agreement that cold beer sales wouldn't expand.

Instead of giving up, the Indiana Petroleum Marketers and Convenience Store Association are fighting back and raising awareness about the law with a loophole that doubles as a beer caddy. Reusable "Chill Indiana bags" are now being sold in stores. The idea is that for $6.99, you can buy a bag and get access to unlimited ice from any participating location. So buy your beer, put it in the bag with some ice and head for the door.

The claim is that an ice-filled "Chill Indiana" bag takes bottles or cans from "room temperature to an acceptable consumable temperature in just 15 minutes, and it keeps that beverage cold for hours."

Sounds great! But how cold is that exactly? And how much brew can it hold? Time for a little lab work. 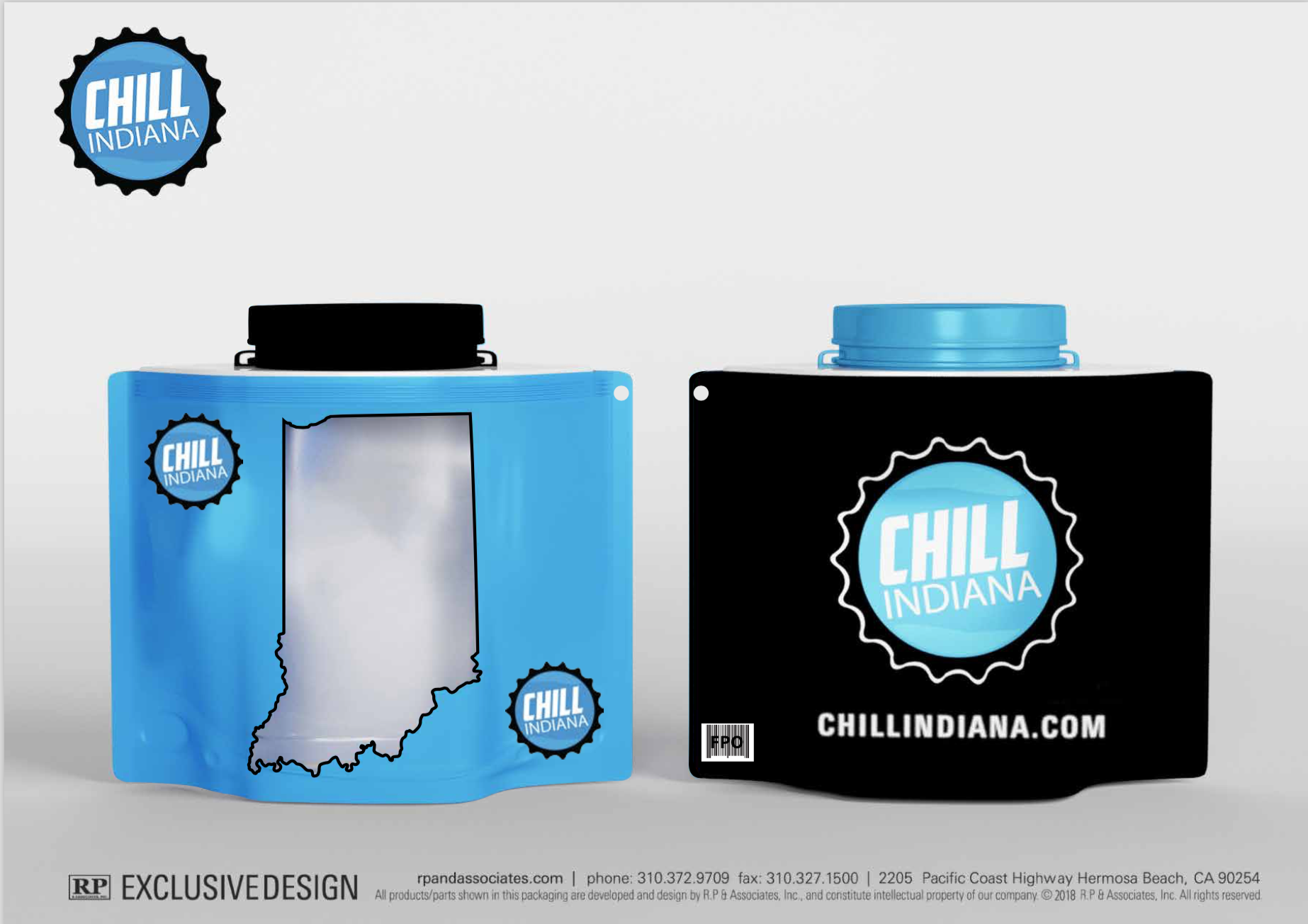 For our first test, we used one room-temperature, 12 oz. can of Pabst Blue Ribbon. We then put the can in the ice-filled "Chill Indiana" bag to see exactly how cold it got in 15 minutes.

We also put the "Chill Indiana" bag up against a traditional cooler, a regular freezer bag and a freezer. Here are the temperatures we ended up with, from coldest to warmest:

So essentially, the "Chill Indiana" bag served its purpose quite nicely. While not the coldest, that PBR went from warm and gross, to refreshing and still gross! It is PBR, after all.

The ice also didn't melt at all. We kept the ice in the bag for about an hour, and not so much as a puddle began to form. The freezer bag, however, was a mess and had plenty of water in it after just 15 minutes of sitting on the counter.

That water brought the temp lower quicker, but long-term, it's not a great solution.

Oh, and clearly the IndyStar freezer is trash. Hey management, what gives?

This one was a simple capacity test to see exactly how many brews you can haul in a "Chill Indiana" bag.

Now, the manufacturers recommend sticking to a six-pack, but who needs limits? Here's what we got when we filled it to the gills:

In each scenario, there is some room for ice, but not much. But with that kind of capacity, it could be a sleek way to transfer beers that are already frosty.

Overall, the Glacier Bag worked! It can fit plenty of beer, gets it cold faster than a freezer or a cooler and doesn't make a mess.

How the Chill Indiana bag stacks up

The Chill Indiana Glacier Bag has been all over the news in the past week since it's bringing back cold beer in the state of Indiana! Take a look at the video below and you'll see how all the advantages the Glacier Bag has on the cooler, freezer and a regular plastic bag and just how much more convenient they are:

The Chill Indiana Glacier Bags have been all over the news for the past few days as they are bringing back cold beer to the state of Indiana! And because of that, the Glacier Bags are generating a lot of interest so we went ahead and got a list of stores where you can purchase them: 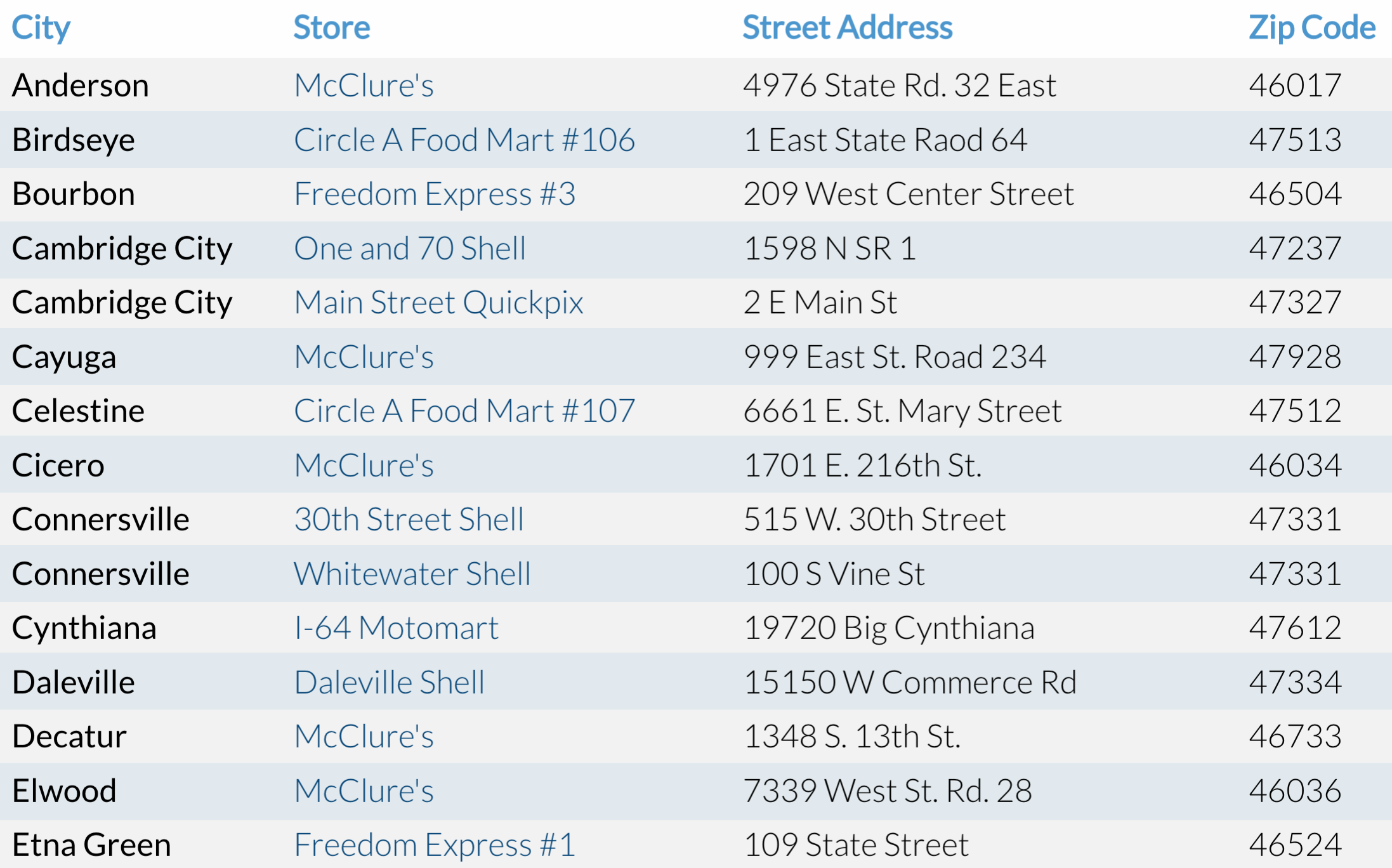 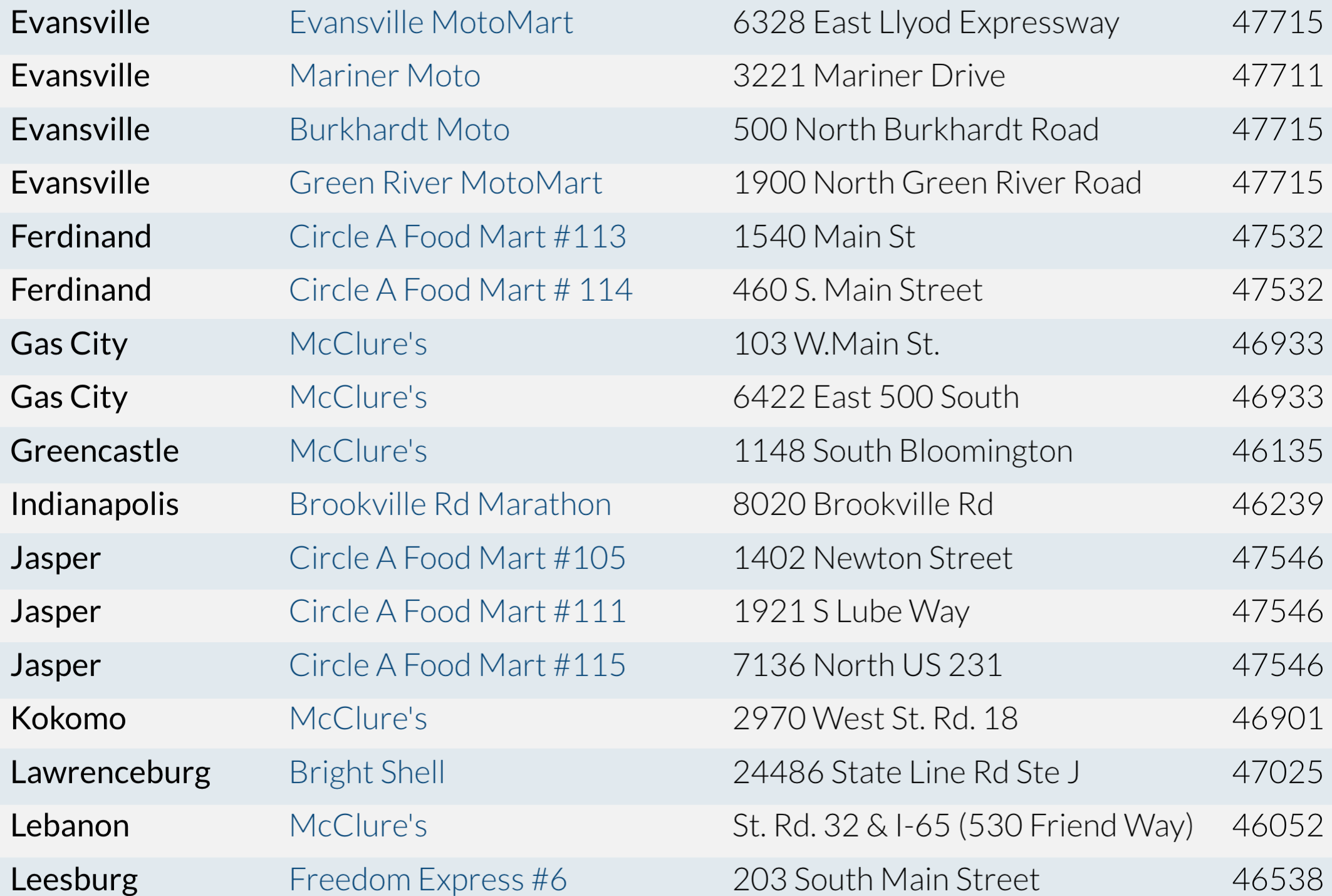 Click here to see the list of stores which will be getting their Glacier Bags in the upcoming days! 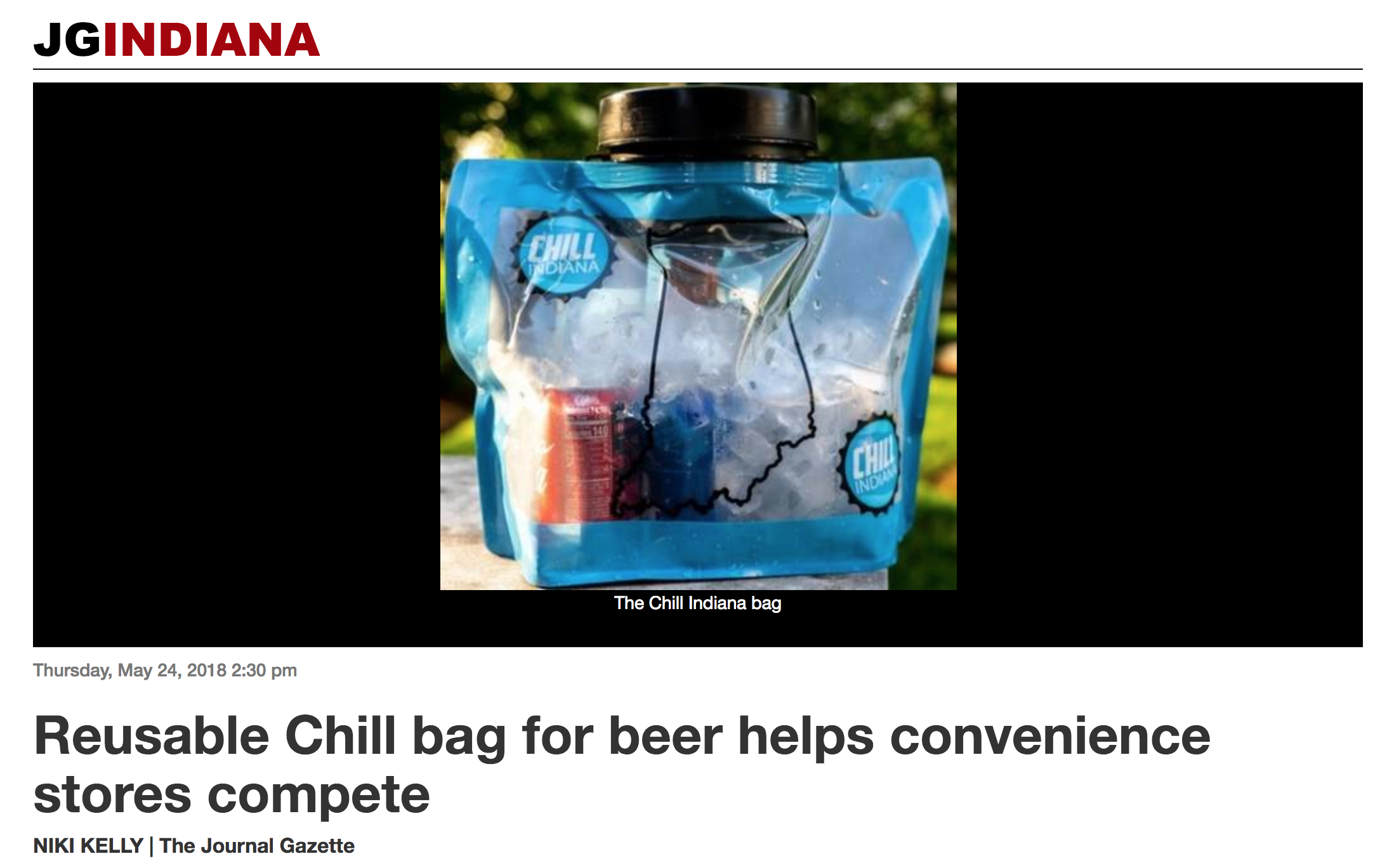 INDIANAPOLIS – Convenience stores throughout Indiana are taking a new tack in the quest to be able to sell cold beer – a reusable bag that will chill beer and other beverages in just 15 minutes, called the Glacier Bag

"If customers want to buy cold beverages, such as water or soda, the bags will keep that beverage cold. Conversely, if the customer buys a product that stores are forced to sell warm, such as beer, the product will be cold by the time that customer reaches their destination."

Convenience stores have long fought for the ability to sell carryout cold beer but lawmakers continue to side with liquor stores, who have that exclusive right.

Indiana is the only state that regulates the sale of beer based on temperature.

A news release said with the reusable Chill Indiana Glacier Bag, the customer makes a one-time purchase of a bag and then is allowed free access to ice from the store’s fountain machine on subsequent purchases. An ice-filled bag will take a bottle or can from room temperature to an acceptable consumable temperature in just 15 minutes, and it keeps that beverage cold for hours.